one day, sometime in the late spring of 2013, an interesting machine was spotted in a first floor building 3 corridor.

furthermore, is that.. cruft?

An email of the following form was sent to the occupant of the room next to where the machine sat on its pallet:

Is the CNC mill currently outside 3-158 is being removed?  I know of a student shop on campus which would be quite happy to make good use of it.
Thank you,

To which there was a reply:

Which student shop?
Are you available sometime today to swing by my office Rm 3-154 to discuss the machining center?

Turns out, Prof. Ian Hunter’s lab had replaced it with a newer machine, and they were looking for a place to put it.
Email wankery ensued.  Topics included: “does it work?”, and “where will it go?”
>>does it work?
It was confirmed with a grad student in prof. Hunter’s lab that the machine “should work,” and that it had been turned on in the past year.  Good enough.
>>where will it go?
MITERS has lots of space, right? 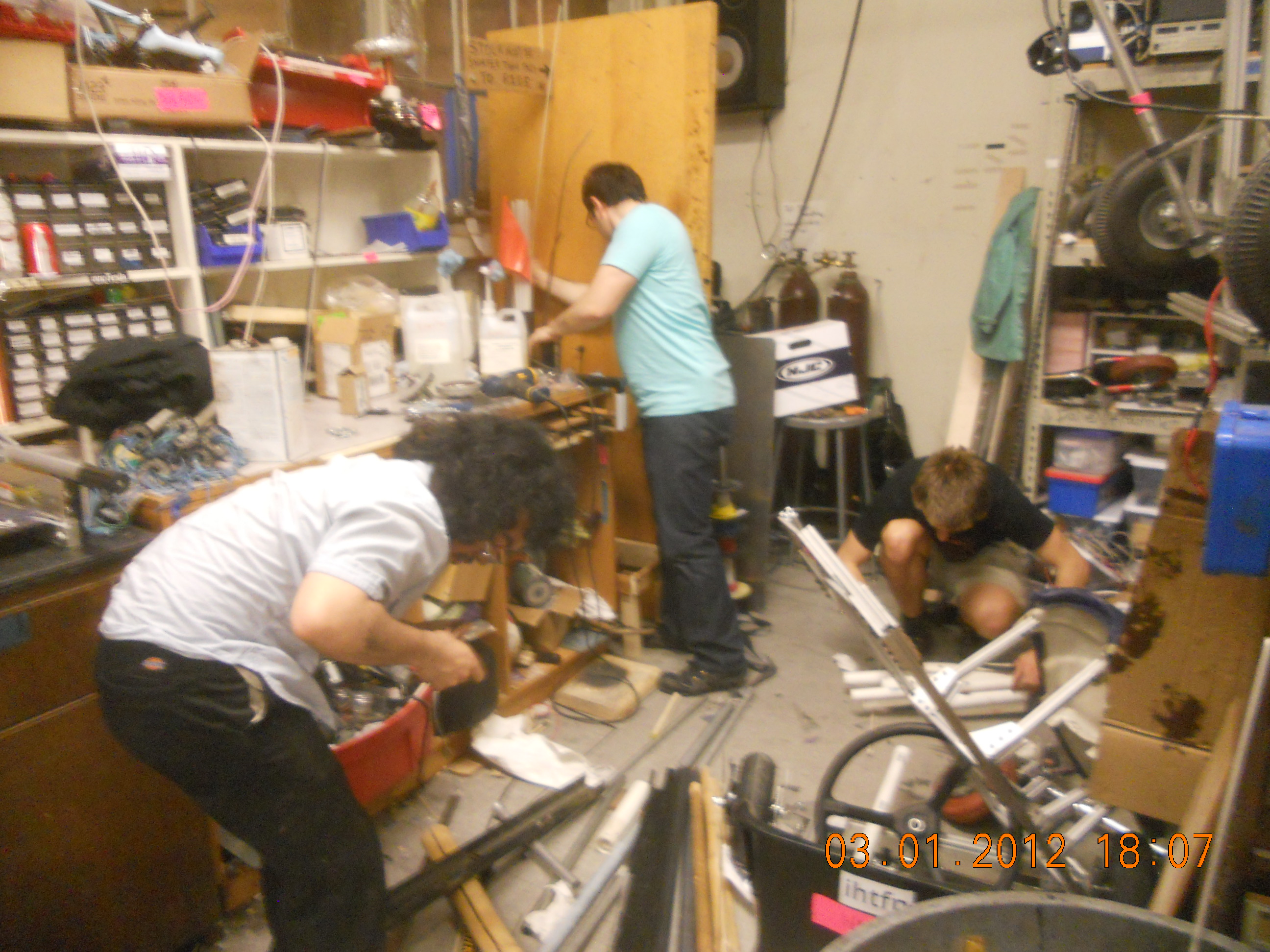 maybe not.
In spite of this, the overwhelming consensus was that it should come to MITERS. 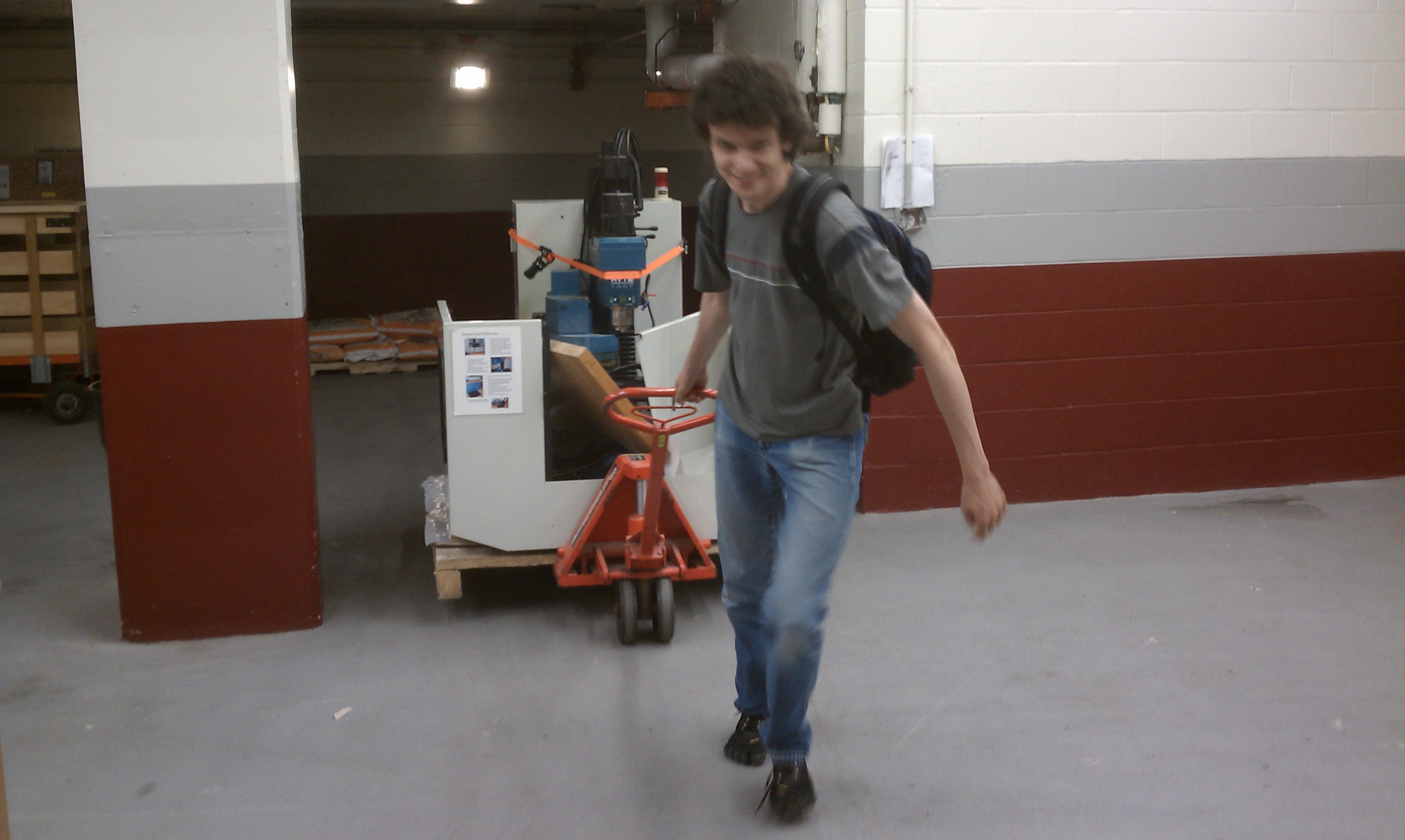 It didn’t take long for MITERSfolk to descend upon the prize.  A pallet jack was borrowed from the donor lab, and Tyler pulled the half ton machine from building 3, down a freight elevator, through the basement, to the Stata loading dock where a Uhaul awaited. 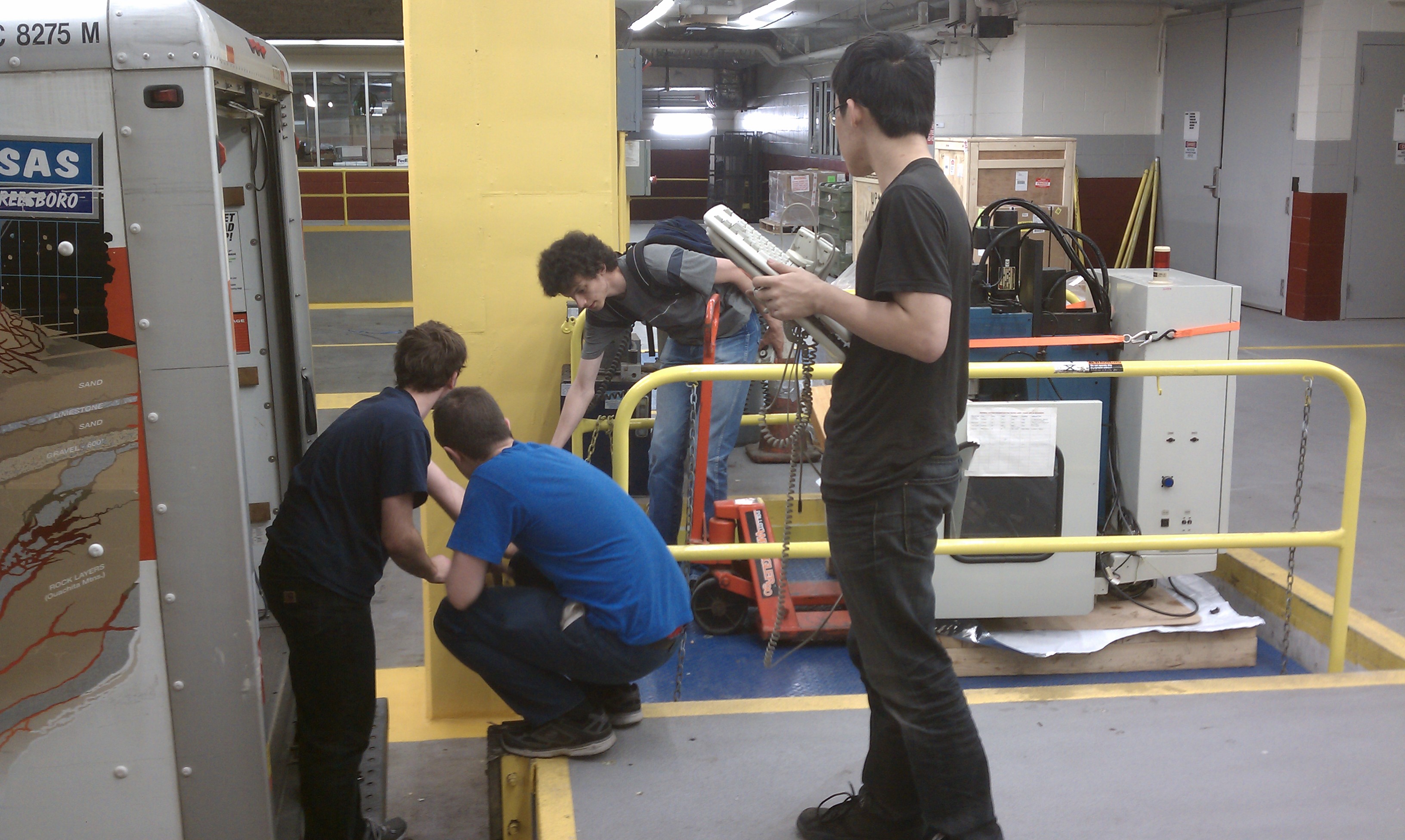 There, Bayley crufted some keyboards while Tyler, Dane, and Peter lined up the lift gate with the truck. 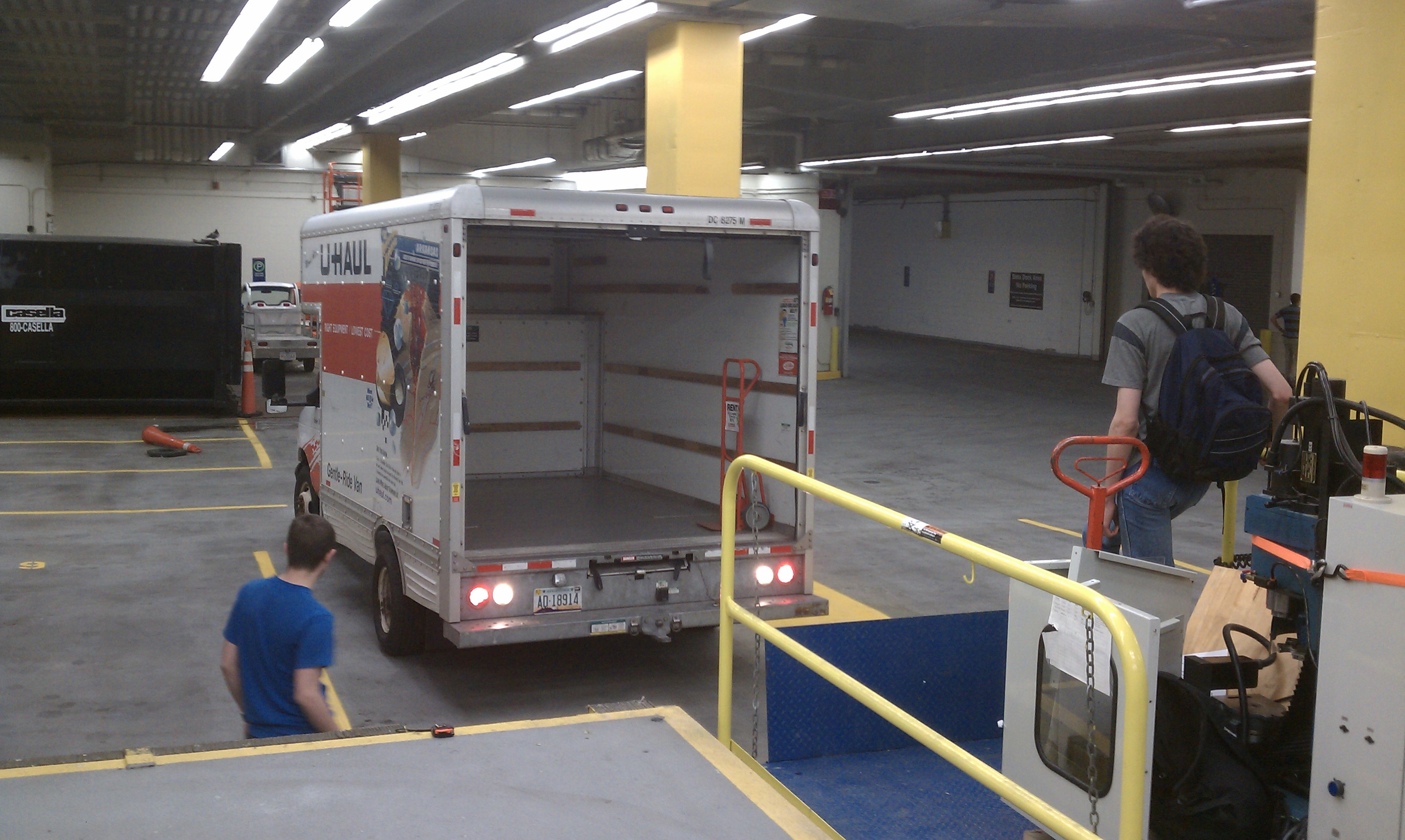 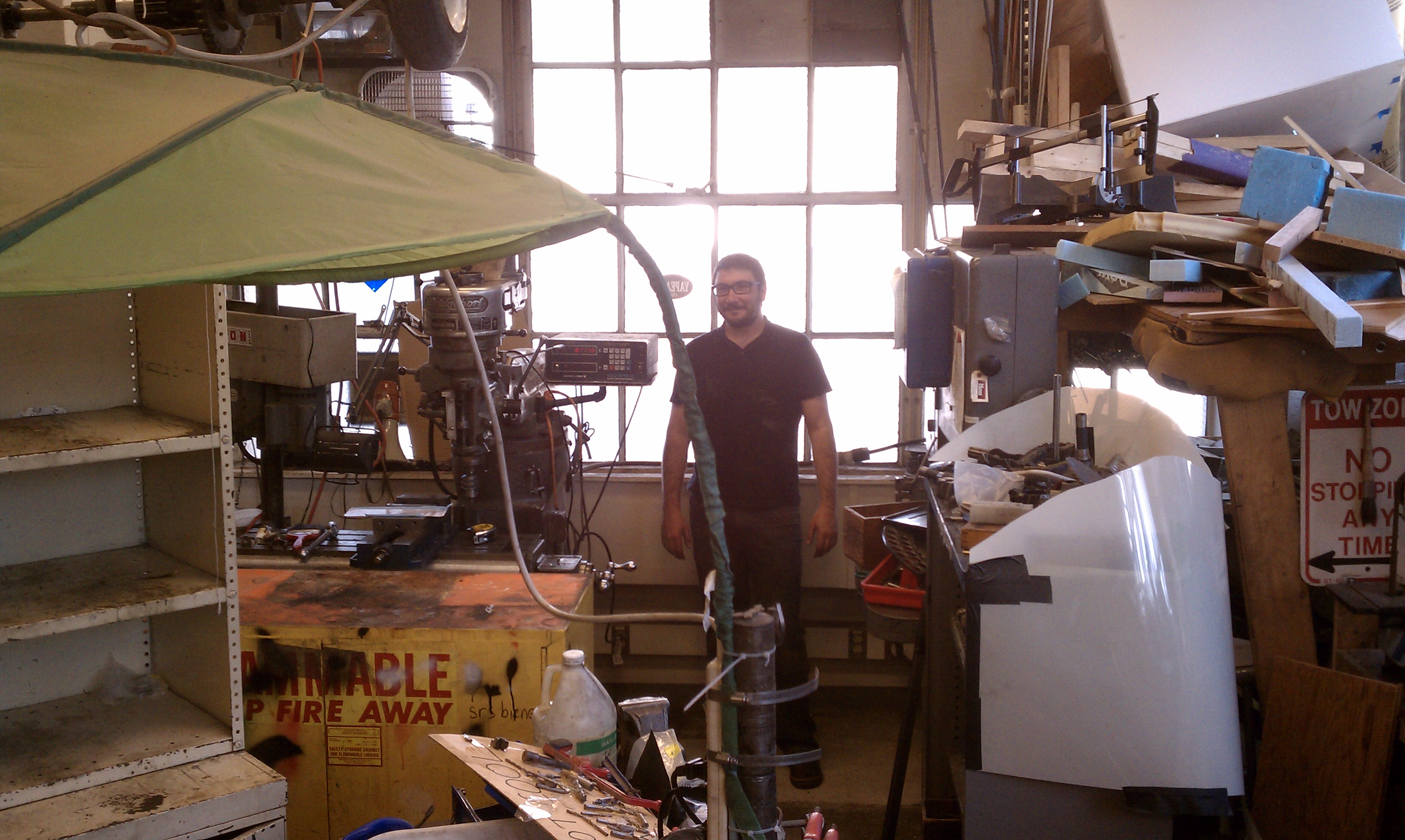 meanwhile, a group of people led by Mars took apart MITERS and played stuff-tetris until a space was made. 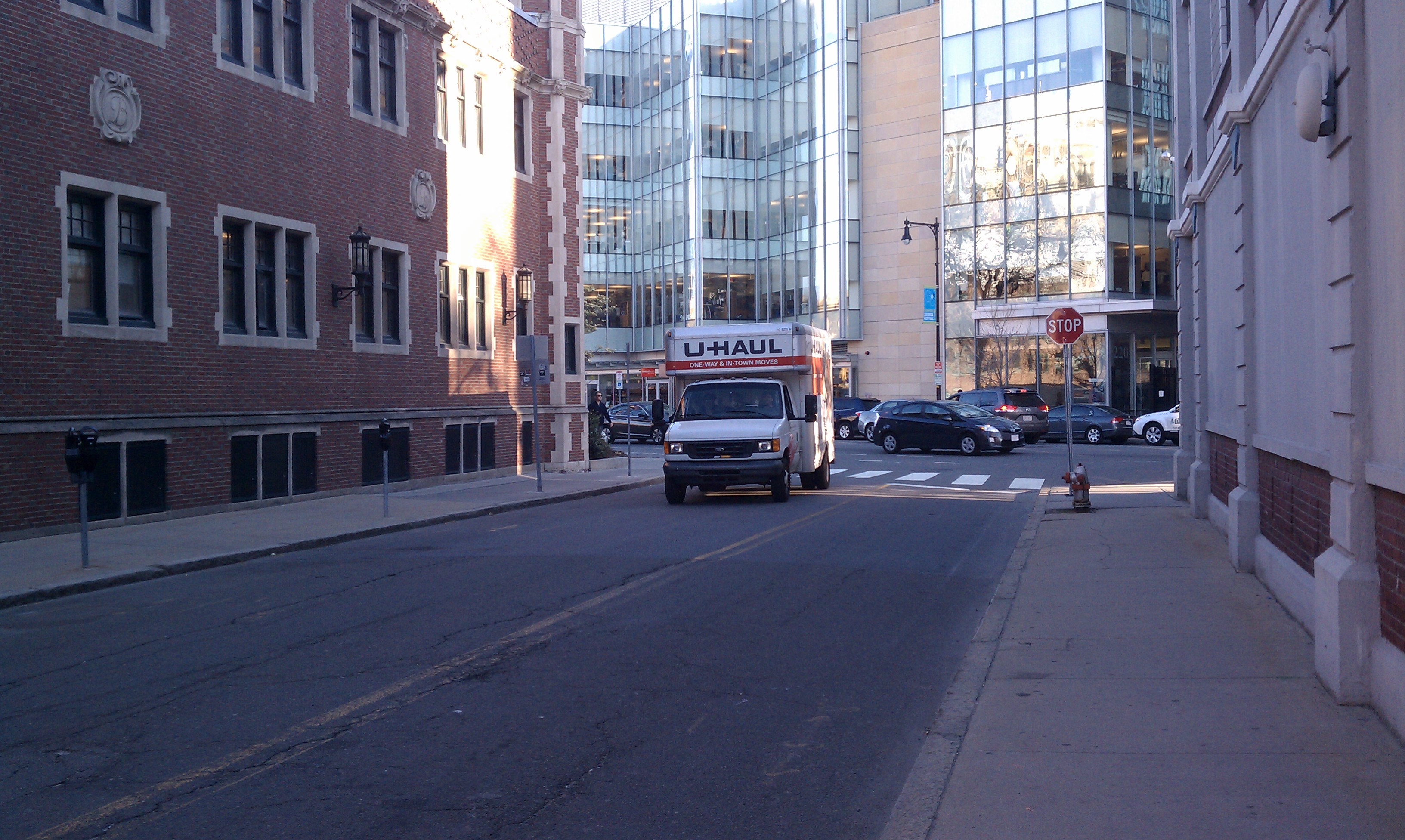 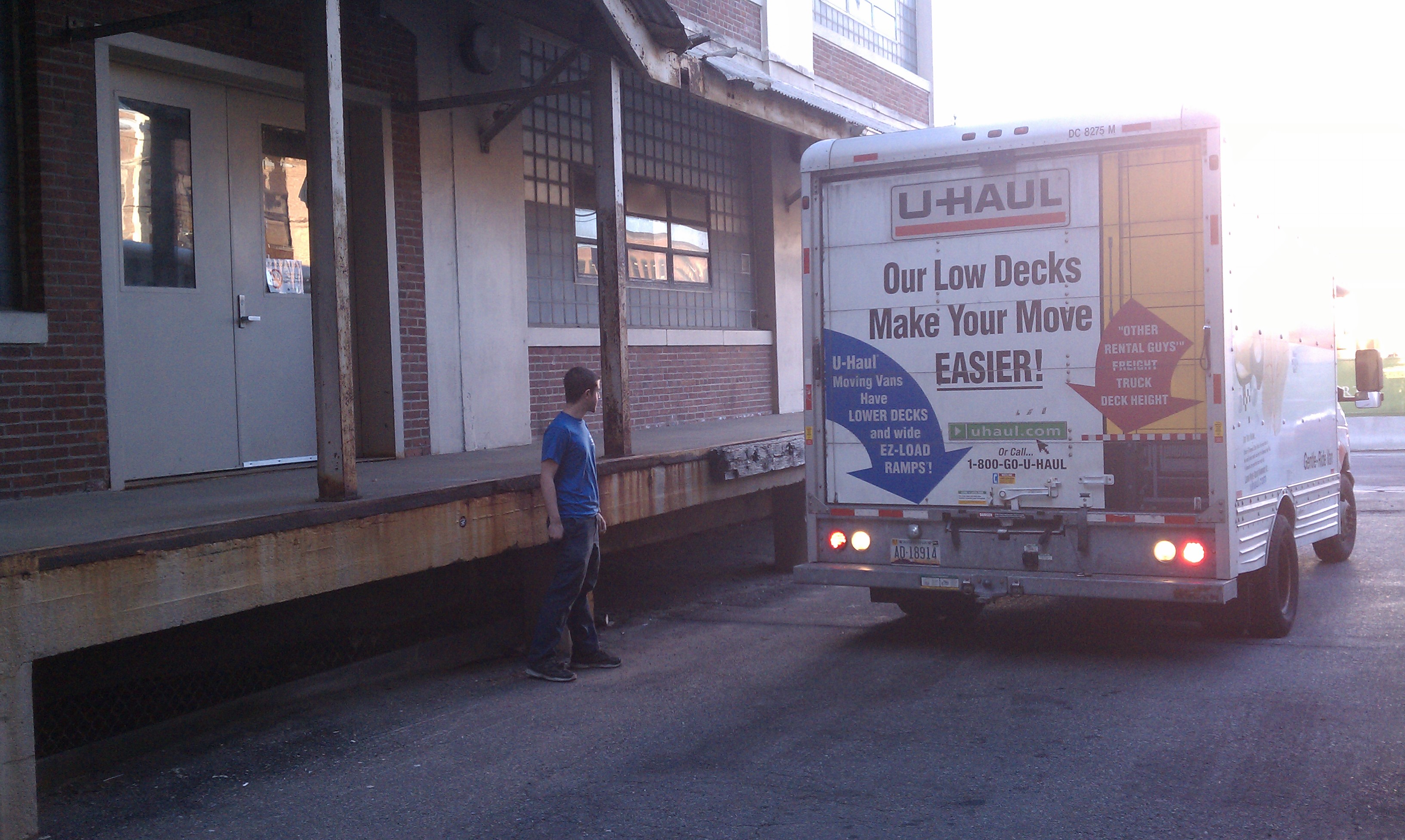 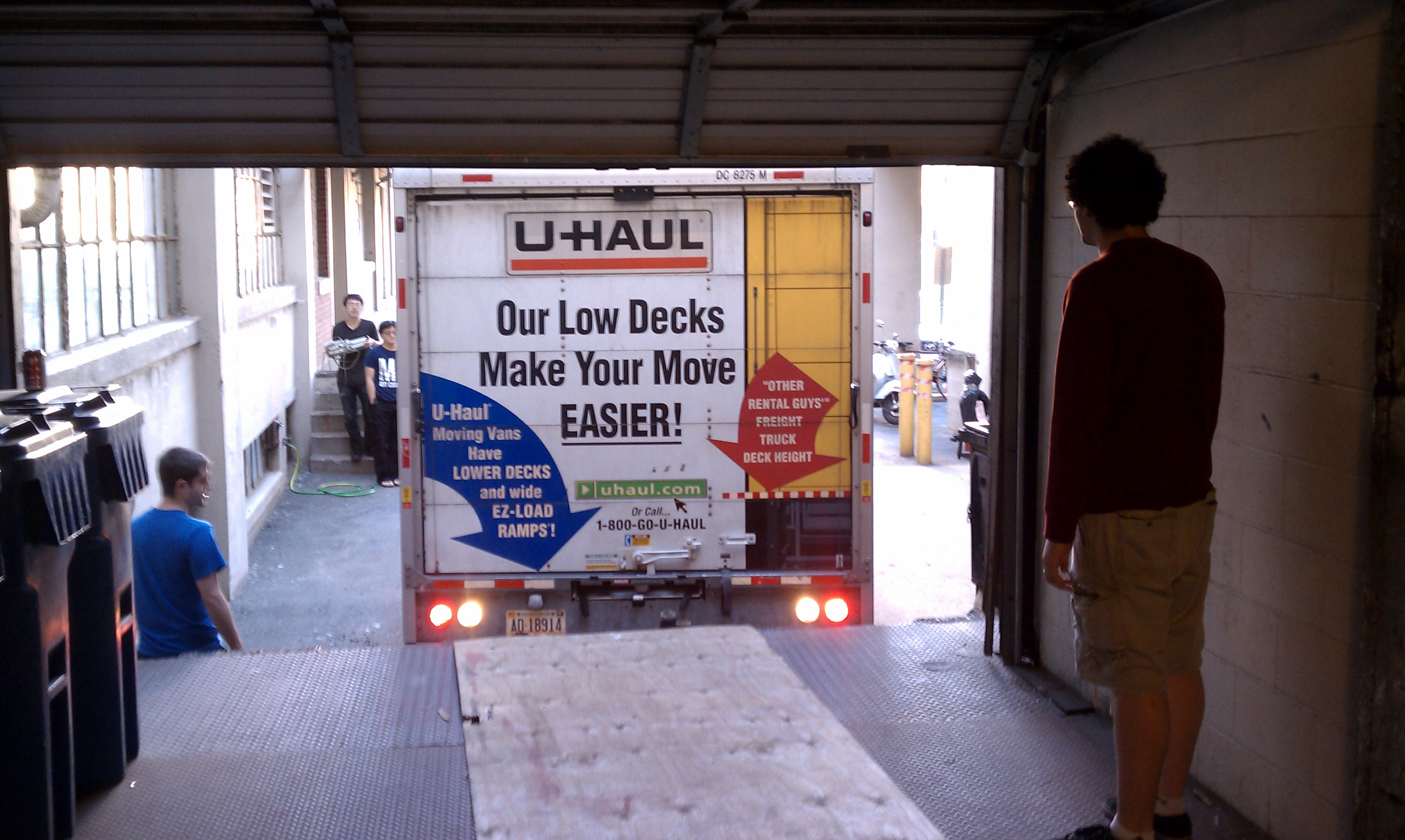 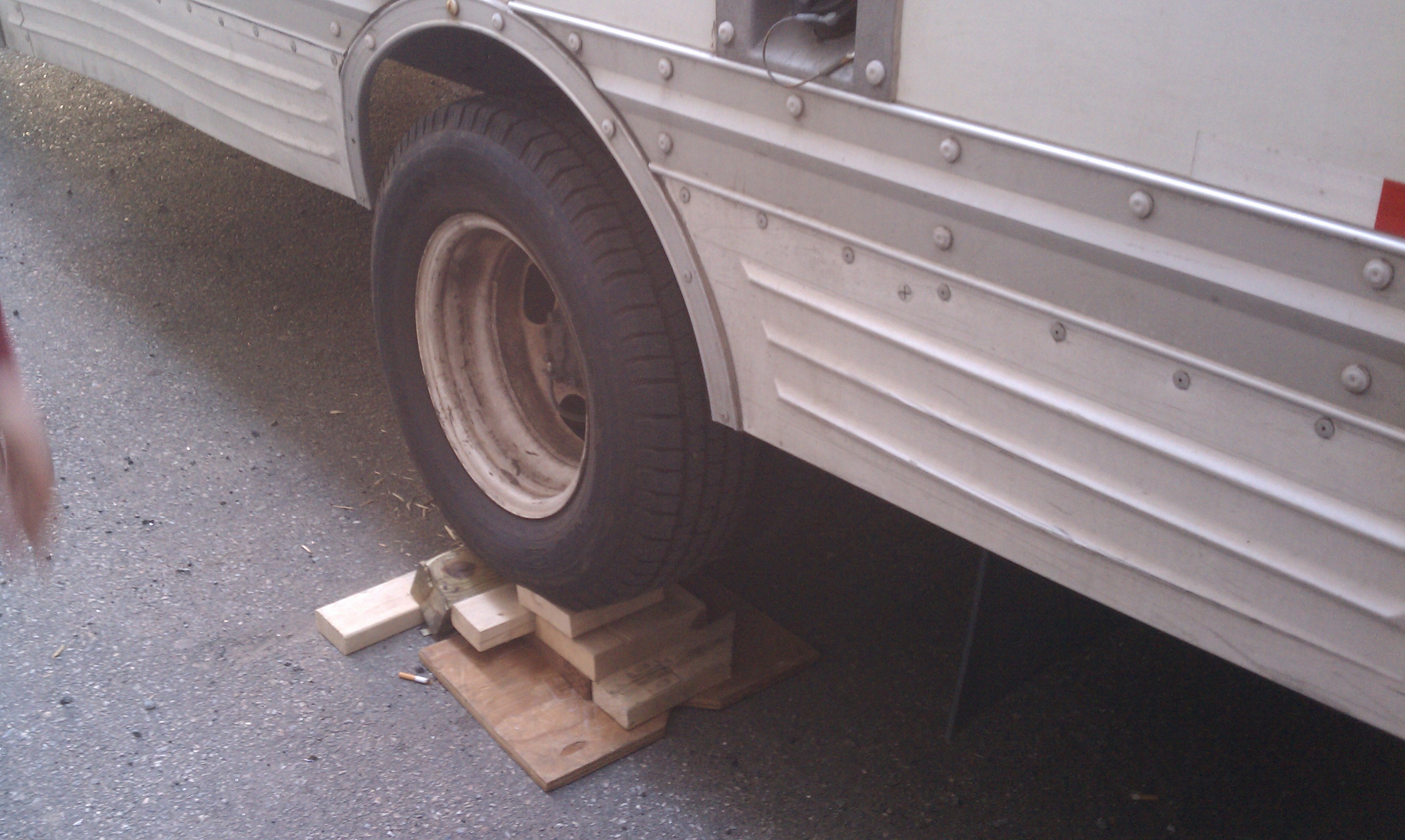 There’s no lift gate at N52, but things worked out just fine in the end.

Then, summer happened.  A few brave souls were the first to reconnect, debug, and revive the underused machine.
see: http://yameb.blogspot.com/2013/08/getting-dyna-myte-1007-cnc-mill-working.html 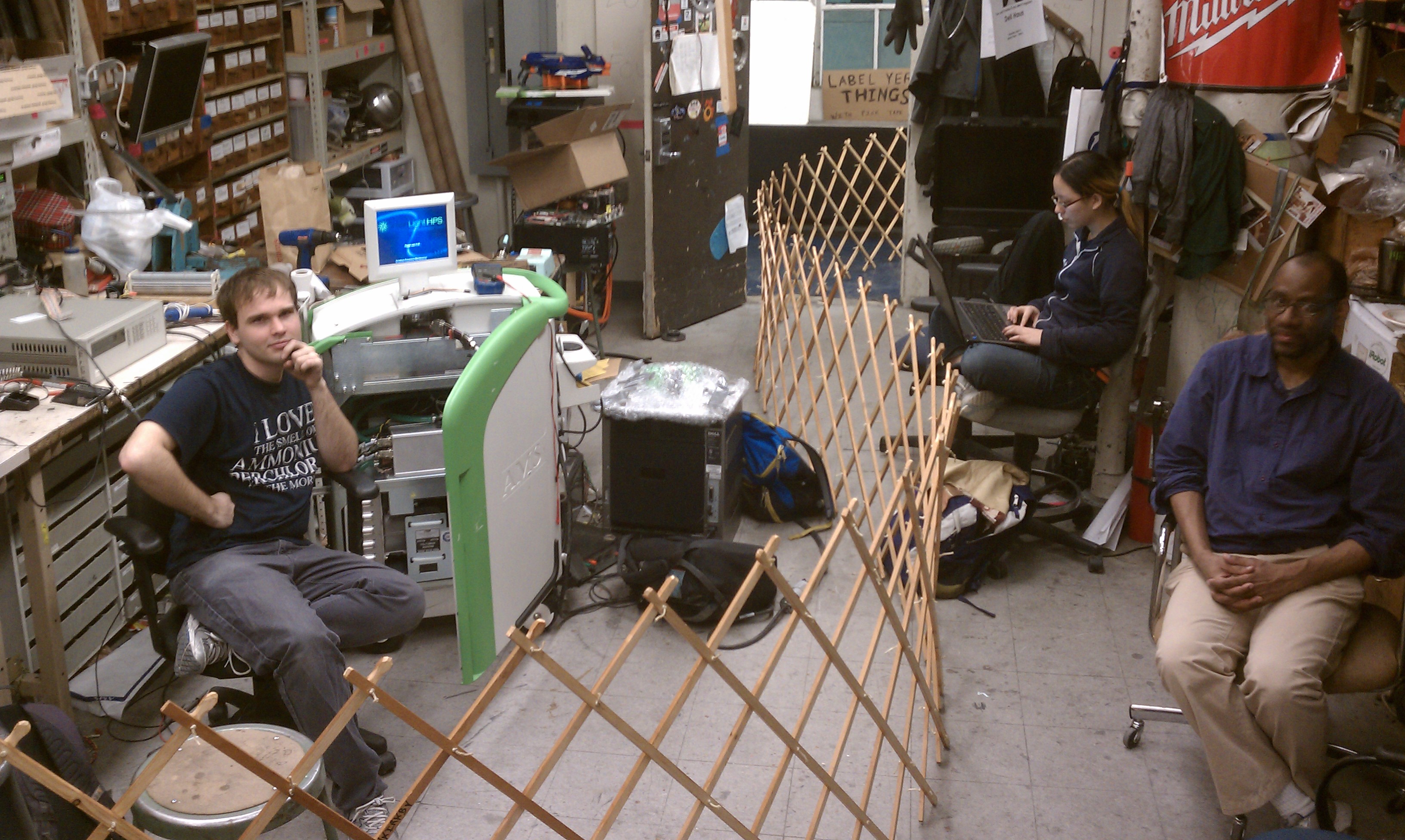 Where do you stand?

A recent study performed at the MIT Electronics Research Society revealed that computer control is indeed nonessential to balancing or “segging” on a two wheeled platform. 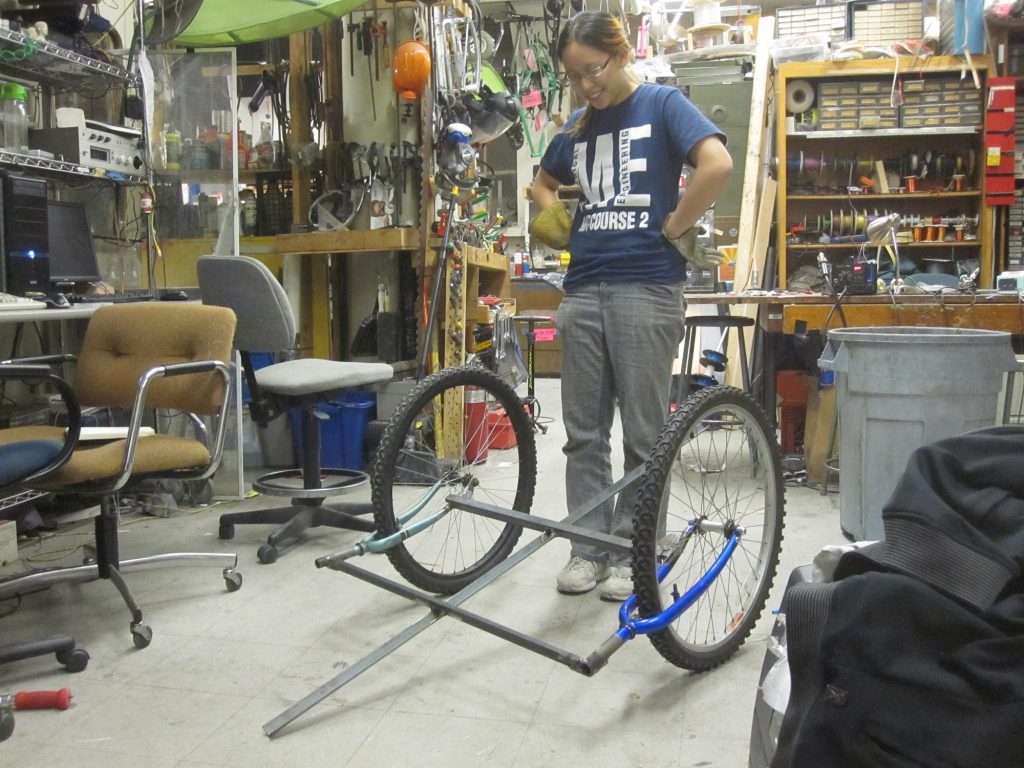 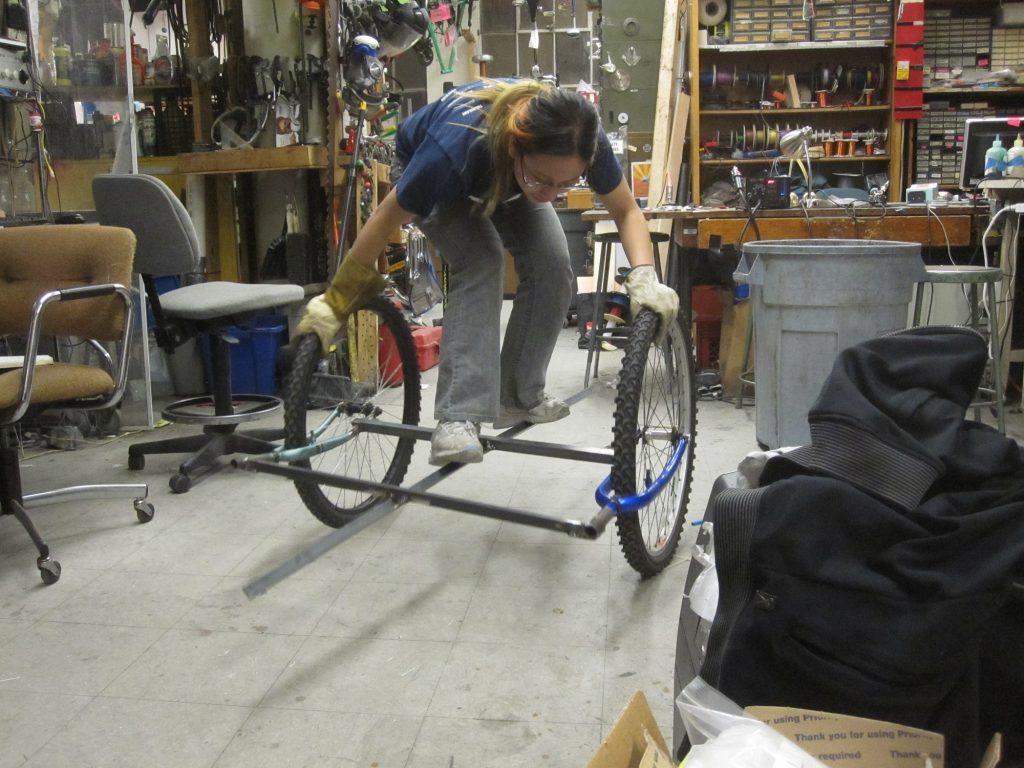